Diagnosing ADHD may be

Clinical features of ADHD could signal comorbidities such as anxiety, depression, and even bipolar disorder.1

Mood disturbances can complicate a diagnosis of ADHD

Although ADHD and mood disturbances are distinct, they often share overlapping clinical features, including changes in brain structure and function, neurotransmitter dysregulation, and genetic contributions.2

“In addition to an ADHD diagnosis, a clinician should consider a whole range of possible psychiatric conditions.”1

Up to 50% of pediatric patients with ADHD have a diagnosis of comorbid depression.3-5 Depression in children and teens with ADHD is typically seen after the onset of ADHD.5

Older age, severity of ADHD-related impairments, genetic factors, and negative environmental conditions have been shown to increase the risk for depression.6

Depression and ADHD in children may present with similar features—such as poor concentration and irritability—which can make effective diagnosis and treatment difficult.7

Bipolar disorder occurs at a lower comorbid rate than depression in patients with ADHD, but is still present in up to 22% of children and adolescents with the disorder.4

It is important to identify comorbid bipolar disorder or depression in pediatric ADHD patients, as these conditions increase risk for suicidal ideation.4

Anxiety disorders are commonly found in children with ADHD—with risk for anxiety increasing as a child grows older4,8,9

Studies have shown that up to 50% of children with ADHD suffer from anxiety. Anxiety disorder shares some common symptoms with ADHD.4,7,10

When evaluating pediatric patients with ADHD for anxiety, it is important to note the following:

This table is intended as a quick reference guide only. For full diagnostic criteria, please refer to the American Psychiatric Association’s Diagnostic and Statistical Manual of Mental Disorders (DSM–5).

In patients with ADHD, the presence of psychiatric disorders should be considered in the treatment strategy.1

Does the overlap of ADHD and mood disturbances suggest a common neurobiologic etiology?

Take a deeper dive into the conversation on managing ADHD with psychiatric comorbidities.

What to consider when incorporating a multimodal treatment plan

A multimodal treatment plan that incorporates a variety of strategies is recommended for patients with ADHD.12,13

Long-term data support combining nonpharmacologic with pharmacologic interventions as more effective in improving outcomes for children and adults with ADHD than either treatment alone.12

For children with ADHD who are preschool age (<6 years old), parent- and/or teacher-administered behavioral therapy is recommended as first-line treatment.13

Examples of successful nonpharmacologic treatment strategies for ADHD are outlined below

As with medication management, a nonpharmacologic treatment approach should be tailored to each patient. Often a combination of strategies may be helpful.12 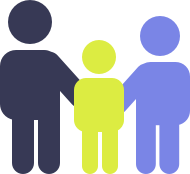 For young/school-age children with ADHD, behavior therapy for parents can improve not only core symptoms, but also oppositional issues and functional impairment.13 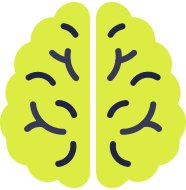 CBT utilizes a skills-based approach to manage ADHD symptoms and achieve behavior modification goals. For adolescents, there is some evidence that CBT interventions are helpful in learning techniques to manage ADHD symptoms—and in building a greater sense of agency over their disorder as they progress to adulthood.14

ADHD coaches are specialized mental health counselors who help clients develop the skills and strategies they need to achieve their personal goals and reach their full potential.13 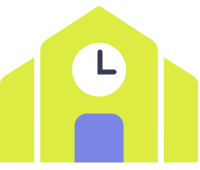 Children with ADHD are entitled to additional help under primary education laws13,15:

Every state has a parent technical assistance center that can help parents learn more about their child’s rights and ensure they receive an Individualized Education Program (IEP) or Section 504 plan. For more information visit parentcenterhub.org.

"Triple P" is one such parent-mediated intervention that aims to improve parent-child interactions and parenting behaviors in order to reduce behavioral issues.16

Comorbid complex ADHD is very common — studies show that three- quarters of individuals with ADHD have at least one psychiatric condition, and 80% of those have more than one comorbidity. 1

But why do people with ADHD have comorbidities? It’s possible that one disorder is a precursor to the other (evolving over time), it could be a risk factor for developing the other, or they may have a common genetic basis. Some comorbid disorders (such as depression and anxiety) may develop due to the impact of ADHD, making it a secondary condition. 2,3

The comorbidity profile can change throughout the lifespan. In children and adolescents, studies have shown a high incidence of oppositional defiant disorder, which decreases in adulthood. However, in adults, we see problems with emotional dysregulation, stubbornness, trouble managing anger, and other negative emotions. In addition, those comorbidities that tend to be less common in childhood, such as conduct issues, anxiety, major depressive disorder, and substance use disorder, increase in incidence through adolescence, and into adulthood.

The cumulative burden of comorbid complex ADHD evolves and accumulates throughout the lifespan. For example, although oppositional defiant disorder is the most common comorbidity in children, conduct disorder and anxiety are also seen, with the impact of these, along with ADHD, resulting in low self-esteem in this age group. Moving from childhood into adolescence and adulthood, oppositional defiant disorder and conduct disorder decrease, but criminal behaviors start to show, with antisocial personality disorder becoming more common. In addition, learning delays in childhood develop into complex learning difficulties in adolescence and adulthood. With this progression, people often become demoralized and frustrated, resulting in lack of motivation and under achievement. Substance abuse comes into play as well. 2,4-8Es

So, given the overlap of symptoms of ADHD and its comorbidities, what are the steps to ensure an accurate diagnosis? First, it's important to establish the diagnosis, by confirming that the individual meets DSM-5 criteria for ADHD. Then, you should rule out alternative explanations for the symptoms. Finally, and as we've already talked about, it's important to assess for comorbid conditions, which may affect the treatment of ADHD, as well as the diagnosis. 10

For example, to differentiate ADHD from depression, it is necessary to identify which symptoms of depression overlap with ADHD and which are distinct. Overlapping symptoms include loss of motivation, problems concentrating, and restlessness or irritability. So, if your patient has any of these symptoms, it could be ADHD, depression, or both. However, if your patient has only symptoms of depression that are distinct from ADHD, such as feelings of sadness, thoughts of suicide, or changes in eating or sleeping, it is likely depression. 2

Thank you for being part of this Team ADHD educational presentation.

Stay in the know and access an exclusive ADHD resource

“Unmasking ADHD” can help you differentiate between ADHD and the most common overlapping comorbidities in children.

This information is intended for use in the United States and Puerto Rico only.