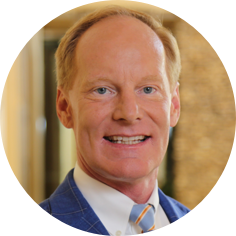 Dr. Mattingly is a physician and principal investigator in clinical trials for Midwest Research Group, as well as an associate clinical professor at Washington University School of Medicine, where he teaches psychopharmacology. Dr. Mattingly has been a principal investigator in over 200 clinical trials focusing on ADHD, anxiety disorders, major depression, bipolar disorder, and schizophrenia, and has received numerous awards and distinctions for clinical leadership and neuroscience research. Dr. Mattingly currently serves on the board of directors for the American Professional Society of ADHD and Related Disorders.

Dr. Mattingly, an associate clinical professor at Washington University School of Medicine in St. Louis, MO, discusses the consequences of untreated or inadequately treated ADHD and how early and effective treatment can change the course of this disorder.

Hello. I’m Dr Greg Mattingly, an Associate Clinical Professor at Washington University School of Medicine in St Louis, Missouri. I also serve on the Board of Directors for the American Professional Association of ADHD and Related Disorders and serve as a reviewer for the Journal of Attention Disorders.

My presentation today will document the severe consequences of untreated/inadequately treated ADHD and how early and effective treatment can change the course of this serious disorder.

The prevalence of ADHD in children and adolescents here in the United States and around the world is around 9%-11% and we know that about 4%-5% of adults will continue to have ADHD. So, it starts in childhood and tends to persist into adulthood for the majority of our patients.1-4

We used to think of ADHD being a disorder of boys. We now know that in children and adolescents, it’s about twice as common in boys as girls. In adults, it is equally common in men and women.5

The majority of our patients with ADHD don’t just have ADHD and nothing else, but frequently have ADHD comorbid with other psychiatric conditions—anxiety, tics, behavior disorders, mood disorders, and substance use disorders. In fact, comorbidity in ADHD is the rule rather than the exception.6-9

ADHD isn’t just a set of symptoms, but symptoms that dramatically impair the lives of our patients. Our ADHD patients have higher rates of comorbid psychiatric conditions, accidental injuries, academic issues, occupational issues, and relationship issues.10-15

ADHD also imparts a higher mortality rate. Studies show up to a 3-times higher risk of premature death and up to a 4- times greater risk of death from all causes in those with ADHD compared to individuals without ADHD, often due to accidents and trauma, comorbid psychiatric disorders and suicide.15-17

Of note, the risk of death significantly increased when ADHD was diagnosed at or after age 18. In addition, 82% of the individuals with ADHD who died, died most frequently as a result of unintentional injury or suicide.16-17

ADHD causes impairment across numerous domains of normal daily living. For the child, impairment is seen at school, forming peer relationships, and getting along with their family. For the adolescent and adult, impairment is reflected in increased rates of car accidents, criminal behavior, unwanted pregnancies, comorbid psychiatric conditions, substance abuse, and financial and marital issues.9,18-21

We measure the symptoms of ADHD, but how about quality of life? What do we learn when we measure the impairments that result from untreated ADHD symptoms? Untreated, our patients with ADHD have a lower quality of life. However, studies show that QoL is improved with ADHD treatment for children, adolescents, and adults. Treatment decreases ER trauma rates and emotional lability in children, and criminality in adolescents. In adults, treatment improves the ability to maintain relationships and decreases rates of depression, substance abuse, and motor vehicle accidents.22-30

There is a new approach to treatment of ADHD that is comorbid with select psychiatric disorders. The old approach was to treat the most serious disorder first. ADHD was often considered a secondary condition and maybe not as impairing. Now, the new approach is to treat ADHD aggressively and appropriately—treat ADHD and also treat other psychiatric conditions at the same time, so an emerging holistic model of treatment.31

Thank you very much for your attention, and on behalf of TEAM ADHD, I appreciate you being part of this educational initiative. 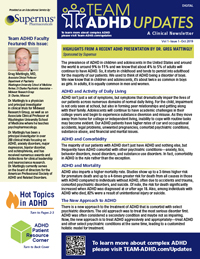 Stay in the know and access an exclusive ADHD resource

“Unmasking ADHD” can help you differentiate between ADHD and the most common overlapping comorbidities in children.

This information is intended for use in the United States and Puerto Rico only.